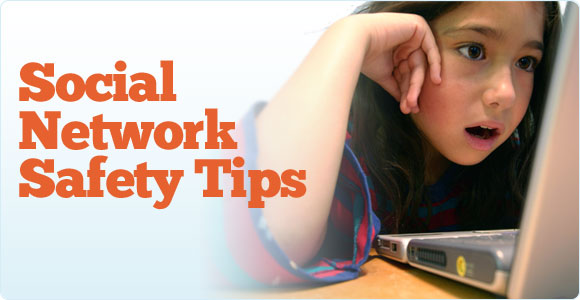 How do criminals use Facebook? Let us count the ways

While the overwhelming majority of Facebook visitors use rather than abuse the world’s biggest social network – now with more than 500 million accounts, and counting – there are plenty of instances of Facebook used to commit crimes. Here’s a few example of how they did it.

More than 15 million Canadians have a Facebook account, 10 million of whom visit the social networking site every day. Yes, nearly a third of all Canadians visit Facebook on a daily basis. Cool or creepy?

Most of us use Facebook for finding old friends, sharing pics and status updates online or playing multiplayer games, but the following is a look at a few recent examples of how Facebook has been used by savvy criminals for malicious purposes — and we’re not including virus writers or distributors here.

Plus, we’ll also look at examples of how the site can be abused and how Facebook can also be used to lead to a criminal’s capture.

* Police in Nashua, New Hampshire broke up a robbery ring that was using Facebook to plan their heists. The captured criminals were monitoring Facebook pages to determine when someone would be away from their home, and then robbed it. Roughly 50 home robberies occurred in August alone – in a town of 85,000 residents – with 18 directly tied to the Facebook users. (Tip: Don’t reveal on Facebook when you’re going away and leaving your home unattended).

* On a related note, the website youropenbook.org lets criminals find Facebook users who reveal too much information. Simply type in a keyword into the search engine, such as “vacation,” “trip” or “cottage” and it will scour profile updates with these keywords and display the information, with your photo, in a matter of seconds. You can also search by location, gender, and other criteria. Creepy, but it works.

* In the summer of 2010, Facebook users were lured into taking surveys, which allowed a rogue application to spam their contacts with URLs that tease “OMG! Shocking Real Crimes caught live on Google Streets!” Once clicked, users are then prompted to click a standard Facebook “request for permission” window, which in turn, spammed more friends. The scammers were paid for traffic sent to advertised websites.

* A police report from Nottinghamshire, UK revealed Facebook-related crimes rose an incredible 346 percent between April 2008 and March 2009, where 13 complaints were logged, to April 2009 and February 2010, where that number rose to 58 during the period. Harassment was the crime most frequently reported, accounting for 36 of the 58 alleged incidents in the area, said Detective Sergeant Harry Parsonage.

* In early 2010, the UK-based Times newspaper reported one of Britain’s “most dangerous gangsters,” Colin Gunn, had been using Facebook to run his organized crime empire – while serving a 35-year sentence. The Times said Gunn, who had 565 “friends” on the social networking site, was still running his drug operation and was also attempting to intimidate people on the outside with comments such as “I will be home one day and I can’t wait to look into certain people’s eyes and see the fear of me being there,” wrote the 42 year old prisoner.

* In the summer of 2009, Inspector Neil Wylie of the Saskatoon Police Service said they used Facebook to catch a criminal. “We do have one case…where somebody is actually admitting to their friends, through open communication, that they were involved in a fairly serious crime…I think it was an aggravated assault,” said Wylie in a CBC News article. There are many reports of police using Facebook to find criminals and see who they associate with.

* In 2007, a Washington, D.C. student was arrested on suspicion of a hate crime, in which he allegedly beat up another man because the victim was a homosexual. Suspecting the assailant was also a student at Georgetown University, the victim was able to positively identify the man because of his picture and profile on Facebook.

* On Christmas Day in 2009, Craig “Lazie” Lynch, who had been on the run from Suffolk’s Hollesley Bay Prison for four months, posted a photo of himself draped in tinsel, holding a turkey and making a rude finger gesture. The 28 year-old criminal from the UK regularly updated the police of his movements via Facebook and had gained many followers. He was caught two weeks later.